Ashleigh Fata received her B.A. in Classics and History from the University of North Carolina at Chapel Hill in 2011, where she wrote her senior thesis on Euripides’ Bacchae and Helen. At UCLA she achieved her MA in Classics in 2013, for which she wrote a paper about Xenophon’s ideology of rule in his dialogue Hieron. She participated in the ASCSA’s summer session in 2010 and the AAR’s Classical summer school in 2013.

Her interests range across classical Greek prose and poetry to the antics of later Roman biographers and historians. Questions she’s interested in include: how do certain tyrannical figures create and maintain their authority, and how does literature represent this? How does authority use cultural policy to its advantage? Which historical methodologies help us to understand better how different ancient groups handled cross-cultural interactions? Generally, she is obsessed with ancient authoritarians (not modern ones!) and is continually fascinated by Greece’s/Rome’s inability to understand any of the Persian empires across more than a thousand years of historical contact. 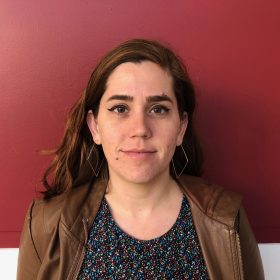