Devin received his BA in Classics in 2019 and his MA in Anthropology with a focus in Archaeology in 2021 from the University of Louisville. Devin’s original research under his advisor during his MA program centered around the application of geometric morphometric analysis to 3D models of Paleoindian Clovis points and Early Archaic Dalton points to compare their basal and fluting morphologies, which subsequently led to two publications in American Antiquity as a co-author. Following this, he became interested in the economic institutions and social morphology of the Greek mainland during the Late Bronze Age and the period immediately following the collapse of the Bronze Age states. These interests ultimately culminated in his Master’s thesis, “The Economic Rationality of Consumption in the Mycenaean Political Economy and its Role in the Reproduction of Social Personae: Modeling Prestige Networks,” which explored the economic ambiguity of possible “market” sectors outside of the Mycenaean palatial system by applying a Social Network Analysis approach in the discernment of wealth stratification in three Late Bronze Age cemeteries dating from the palatial and post palatial eras. He has fieldwork experience excavating a Roman Basilica at the Sanisera site in Menorca, Spain, an Upper Paleolithic cave site with the Neanderthal occupation at Lapa do Picareiro near Mira de Aire, Portugal and has performed various archaeological surveys and excavations across the American Southeast during his time in cultural resource management. His current research interests include the political and economic landscape of the Greek mainland during the Late Bronze Age and the period following the collapse of the Mycenaean palace system, investigating localized regional economic systems which were not integrated into the Mycenaean palatial system of redistribution, the interplay of various sectors within the Mycenaean economy, and the latent social institutions which existed within Mycenaean society that may have affected the formative social and political experiments which followed the collapse. He is also interested in the application of Social Network Analysis and its many uses to the record of the prehistoric Aegean, and the comparative study of Mycenaean society to other Archaic states in comparable positions, such as the Classic and post-Classic Maya, to critique and contribute to broader models of state formation and collapse. 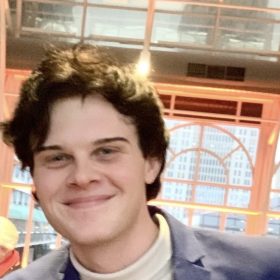