Formerly a university professor, Kenneth Lapatin has since 2002 been a curator at the J. Paul Getty Museum, where he not only cares for the permanent collection of ancient artifacts but also has mounted more than a dozen exhibitions on diverse periods and themes, including Last Days of Pompeii: Decadence, Apocalypse, Resurrection (2012); Power and Pathos: Bronze Sculpture of the Hellenistic World (2015); Antiquity Remembered: The Ancient World Through Medieval Eyes (2017); and Buried by Vesuvius: Treasures from the Villa deli Papiri (2019). In addition to the Vesuvian Cities and their modern reception, his research interests include materials and functions of ancient art, luxury, and forgery.

A graduate of U.C. Berkeley and Oxford, he has been awarded grants and fellowships from the Fulbright, Kress, and Boliagsco Foundations, the American Academy in Rome, College Art Association, and Center for Advanced Studies in the Visual Arts at the National Gallery of Art in Washington, D.C.  He is the author and/or editor of 17 books and over 200 articles on topics ranging from the Aegean Bronze Age to contemporary encaustic painting. Trained as a classical archaeologist, he has excavated in Greece, Italy, Israel, and England, both on the ground and underwater. 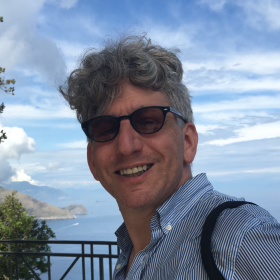