I completed my undergraduate degree in Cambridge, England and my doctorate at the University of Southern California. I began lecturing in the UCLA department of Classics in the winter quarter of 2014. Since then I have taught a variety of courses on Ancient Greek Philosophy (Classics 145A), Greek Culture and Mythology (Classics 10 and 30), Ancient Tragedy (Classics 143A) and Ancient Athletics (Classics 165), as well as a wide range of Latin and Greek elementary and upper division reading classes covering authors such as Homer, Hesiod, Lysias, Aeschylus, Plato and Seneca.

My research interests are centered upon Archaic and Classical Greek philosophy and literature. My PhD, titled ‘Heraclitus’ Children: Brains, Bodies and Culture at Play’ explored the figure of the child in the work of the Pre-Socratic philosopher Heraclitus of Ephesus. I am currently turning this dissertation into a book upon of the role of the child in philosophical and literary thought that will move from the ancient Greek world to 20th century Weimar Germany. In this vein of charting the evolution of ideas across genres and cultures, several forthcoming articles on Heraclitus’ ludic philosophy and Heraclitus’ relevance for post-humanism will explore dialogues between Heraclitus and contemporary thinkers such as Eugen Fink and Gilles Deleuze.

A second large project in which I am involved concerns the 17th century British philosopher John Locke and his Disputations on the Law of Nature. Together with Dr Hannah Dawson of the New Institute of the Humanities at the University of London, I am co-editing a new Clarendon edition for Oxford University Press. 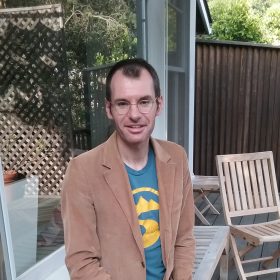