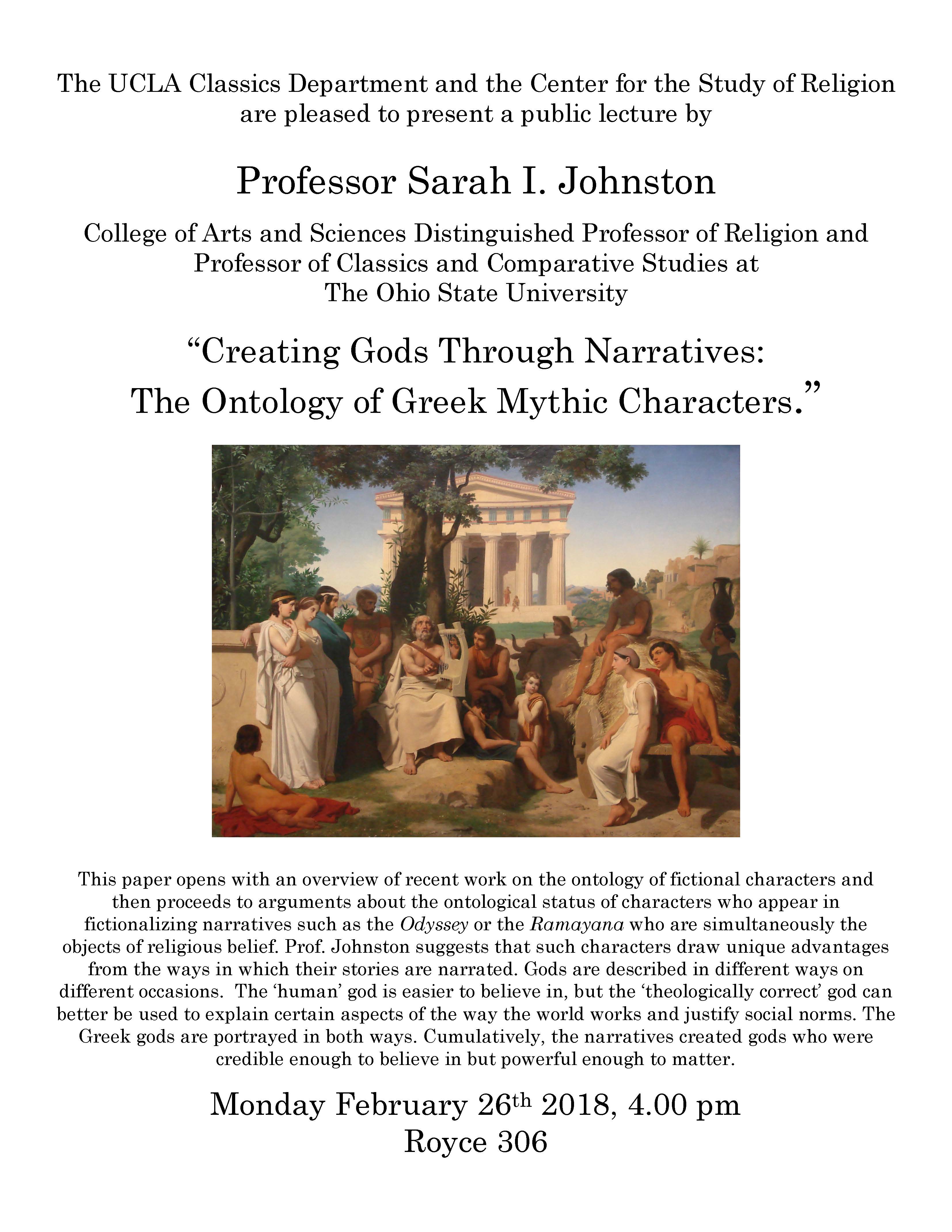 This paper opens with an overview of recent work on the ontology of fictional characters and then proceeds to arguments about the ontological status of characters who appear in fictionalizing narratives such as the Odyssey or the Ramayana who are simultaneously the objects of religious belief. Prof. Johnston suggests that such characters draw unique advantages from the ways in which their stories are narrated. Gods are described in different ways on different occasions.  The ‘human’ god is easier to believe in, but the ‘theologically correct’ god can better be used to explain certain aspects of the way the world works and justify social norms. The Greek gods are portrayed in both ways. Cumulatively, the narratives created gods who were credible enough to believe in but powerful enough to matter.