“The Power of Names in Republican Rome” | Jane Chaplin 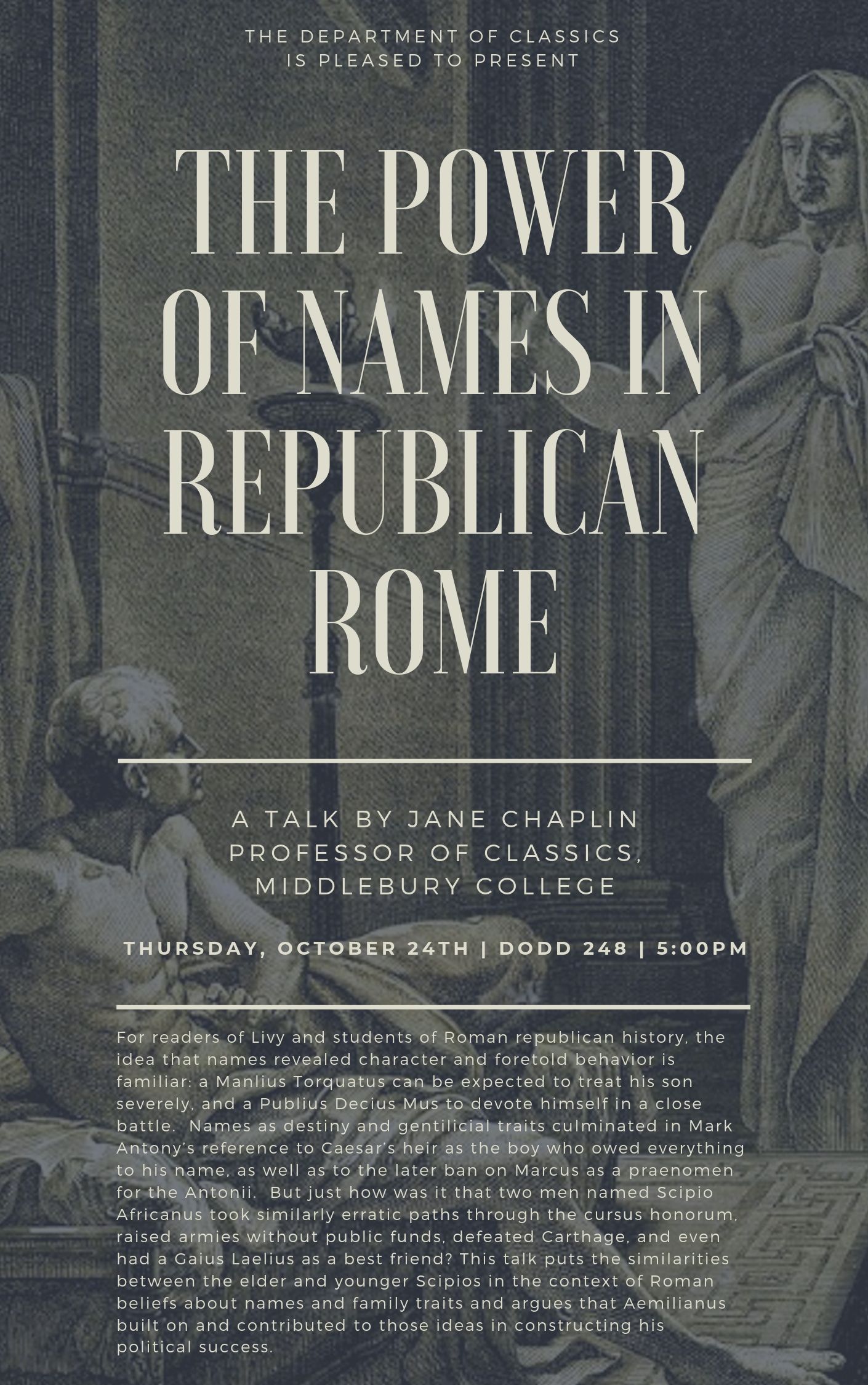 For readers of Livy and students of Roman republican history, the idea that names revealed character and foretold behavior is familiar: a Manlius Torquatus can be expected to treat his son severely, and a Publius Decius Mus to devote himself in a close battle.  Names as destiny and gentilicial traits culminated in Mark Antony’s reference to Caesar’s heir as the boy who owed everything to his name, as well as to the later ban on Marcus as a praenomen for the Antonii.  But just how was it that two men named Scipio Africanus took similarly erratic paths through the cursus honorum, raised armies without public funds, defeated Carthage, and even had a Gaius Laelius as a best friend? This talk puts the similarities between the elder and younger Scipios in the context of Roman beliefs about names and family traits and argues that Aemilianus built on and contributed to those ideas in constructing his political success.