Ben Davis graduated with a B.A. in Linguistics and Classics (summa cum laude) from the University of Utah in 2016 and received his M.A. in Classics from the University of Oregon in 2018.  He has presented papers at the Classical Association of the Pacific Northwest (2017 and 2018) and at New York University’s Classics Graduate Student Conference (2017).  In 2018, he received the University of Oregon’s Marian Donnelly Book Prize for Best Graduate Essay in Art History for a paper in which he explored the imagery found on the Berlin Foundry Cup, a 5th century BC Attic vase that depicts a bronze statuary workshop.  Broadly speaking, Ben’s primary interests include Latin poetry, depictions of geographical spaces and landscapes in Latin and Greek literature, gender and sexuality in antiquity, and the relationship between text and material culture. 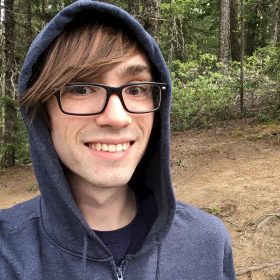