Carol Bakhos is Professor of Late Antique Judaism and Jewish Studies in the Department of Near Eastern Languages and Cultures and teaches for the Study of Religion IDP.  Since 2012 she has served as Chair of the Study of Religion program and Director of the Center for the Study of Religion at UCLA. Her most recent monograph, The Family of Abraham: Jewish, Christian and Muslim Interpretations (Harvard University Press, 2014), was translated into Turkish (2015). Her other monographs and edited works include: Ishmael on the Border: Rabbinic Portrayals of the First Arab (SUNY, 2006), winner of a Koret Foundation Award, Judaism in its Hellenistic Context (Brill, 2004), Current Trends in the Study of Midrash (Brill, 2006), the co-edited work, The Talmud in its Iranian Context (Mohr Siebeck, 2010), and most recently the co-edited volume, Islam and Its Past (Oxford University, 2017). Bakhos is currently working on editing the second volume of the ten-volume Posen Jewish Anthology of Culture and Civilization (Yale University Press). She has served on the Board of the Association for Jewish Studies (AJS) for several years and from 2013-15 was the AJS Vice President for Outreach, and is currently the co-editor of the AJS Review journal. Bakhos serves on several editorial boards of journals and is on the editorial board of the monograph series PEN (Poetry, Exegesis and Narrative): Studies in Jewish Literature and Art, published by Vandenhoeck & Reuprecht. She served as the Vice-Chair of the UCLA Senate Committee on Planning and Budget (2017-18) and serves on the Faculty Advisory Committees of the Center for Near Eastern Studies, the Center for Medieval and Renaissance Studies, the Younes and Soraya Nazarian Center for Israel Studies, and from 2002-18 on the Alan D. Leve Center for Jewish Studies (she was acting director in 2009-10). In 2018, Bakhos received an NEH Summer-Institute grant to direct “Religious Landscapes of LA: Teaching and Exploring Religious Diversity Through Civic Engagement,” for K-12 educators. 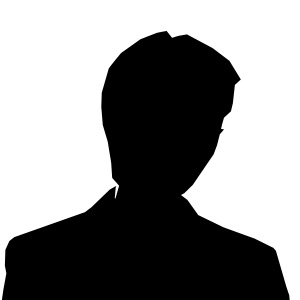