Catherine E. Bonesho is an Assistant Professor in Early Judaism in the Department of Near Eastern Languages and Cultures at UCLA. Her research focuses on locating the history, languages, literature, and culture of Judaism in the Second Temple and Rabbinic periods in their imperial contexts. Specifically, she is interested in the ways ancient Jews navigated living under imperial domination through the development of legislation and rhetoric about the Other. She is currently working on her first monograph on the polemic of foreign holidays and festivals in rabbinic literature. Bonesho’s research also concentrates on the Roman Near East and Semitic languages, especially Aramaic, and their use in imperial contexts. In particular, she investigates the material presentation of Aramaic inscriptions found throughout the Roman Empire. She has co-authored translation and paleographic articles on Palmyrene Aramaic inscriptions as one of the founding members of the Wisconsin Palmyrene Aramaic Inscription Project in journals including Maarav and KUSATU. She spent the 2017-2018 academic year in Rome as a Rome Prize Fellow in Ancient Studies at the American Academy in Rome (FAAR ‘18). Bonesho earned her PhD in Classical and Ancient Near Eastern Studies (2018) and her MA in Hebrew and Semitic Studies (2014) from the University of Wisconsin-Madison. 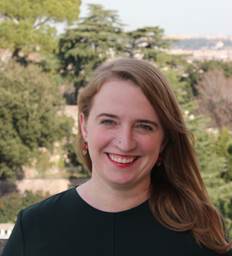