I joined the UCLA faculty in 2013, after holding temporary teaching posts in the UK, and having studied at Trinity College Dublin, where I received my BA, and at Oxford, where I received my DPhil. My interests range widely over Latin literature, but are motivated by particular critical concerns: psychoanalysis, media theory, and (unfashionably) cultural poetics.

Questions of authorship were the focus of my first book on Ovid (Ovid’s Revisions: the Editor as Author), which explored the multivalence and deferred meanings that this author builds into and across his oeuvre by advertising the editorial interventions that he makes into the various works that it comprises.

My current book project is a study of the formation and cultural meanings of Cicero’s letter collections. It focuses on the forms of retrospective rewriting to which these collections submit their contents, and considers the consequences that this mode of belated reappraisal holds for articulating certain kinds of historical juncture both within Roman culture and beyond it.

I also have various projects underway that attempt to plot Ovid’s Metamorphoses, and related ancient texts, in dialogue with contemporary lines of ecocritique.

I teach graduate and undergraduate courses in Latin language, literature and Roman culture, including its reception in cinema with the GE Classics 42. 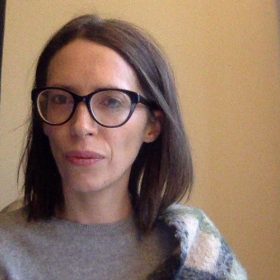