Irene graduated from Columbia University in 2008 and wrote her senior thesis on the Myth of Er and Somnium Scipionis, “Conceptions of the Human Mission: A Comparative Study of Plato’s Republic and Cicero’s De re publica.” She specializes in political theory and philosophy, and her research interests focus on gender and politics, utopian studies, democratic theory, revolutions, desire and the body, in Plato and Aristotle and beyond. She is writing her dissertation “One Hundred and One Nights: Plato and the Metaphysical Feminine,” and often looks at ancient texts as mirrors of the present. In her spare time, Irene is probably reading up on the history of cinema or feeling sentimental about New York in the seventies. 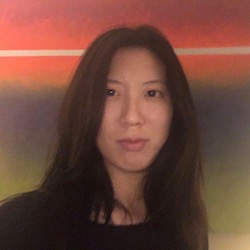