Professor Papadopoulos is a Classical archaeologist interested in various aspects of Aegean prehistory and Greek and Italian archaeology, as well as the history and culture of the Classical and later periods.

He has excavated widely in Australia, both on Aboriginal and historic sites, and in Greece, Italy and, most recently, Albania. He has been a member of the excavation team at Torone in northern Greece since 1979 and field director of the excavations, as well as the geophysical and underwater surveys, from 1986 to 1995. He was co-director the UCLA-Institute of Archaeology at Tirana excavations at the pre- and protohistoric burial tumulus of Lofkënd in Albania, and is currently working, with Greek and American colleagues, at the site of Methone in Pieria, north Greece.

Among various other projects, he is currently working on a two-volume publication of the Early Iron Age material from the Athenian Agora, the first of which will appear as Agora XXXVI. His teaching and research interests include the topography of Athens, Greek colonization, the Aegean Late Bronze and Early Iron Age, and the effective integration of literary evidence with the material record in the study of the past. 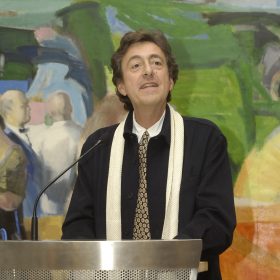