I received my BA in Classics and Medieval Latin from Harvard, and I continued to pursue my love of post-classical Latin in my graduate studies at the Centre for Medieval Studies at the University of Toronto. My primary area of expertise is the influence of classical Greek and Roman literature on post-classical Latin literature, and my research interests embrace many aspects of Latin literature which are sometimes marginalized (pun intended) from paleography to pre-modern literary criticism. My PhD dissertation analyzes the differences (and similarities) between ancient, medieval, and modern interpretations of the Aeneid by showing how twelfth-century Latin epicists read Virgil through the lens of ancient and medieval commentary. My forthcoming chapter in Classical Commentaries (Oxford U.P.) examines Servius’ knowledge and use of Ovid in his late antique commentaries on Virgil, and my future research will continue to use ancient commentaries to illuminate ancient and post-classical interpretations of literature. I am also exploring the melding of pagan Roman, Jewish, and Christian thought in post-classical Latin literature by editing an important version of the apocryphal Gospel of Nicodemus, which recounts the trial of Jesus and the subsequent harrowing of hell. As a member of the Association pour l’étude de la littérature apocryphe chrétienne (AELAC), I am collaborating with an international team of scholars editing all of the ancient versions (Latin, Greek, Coptic, etc.) of the fourth-century Acts of Pilate (represented in Latin by the Gospel of Nicodemus) to be published by Brepols in the Corpus Christianorum series. 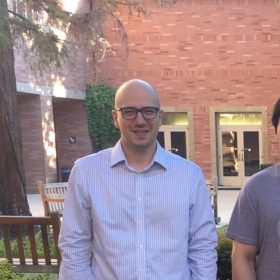