Lena mainly studies Latin literature, with a particular interest in late-Republican and early-Augustan poetry, the ancient novel, and transgender studies. Her research focuses on the relationship between sexual/gender deviance and the divine, resistance to Roman colonialism, literary interpretation through postcolonial and queer lenses, and Epicurean philosophy. They are currently working on projects related to the Galli of Cybele and the Dea Syria, and the influence of representations of Andromeda on the Cupid and Psyche episode in Apuleius’ Golden Ass. In her free time, Lena enjoys rewatching Star Trek: Deep Space Nine, reading X-Men comics and indulging her hyper-fixations (currently, the public water supply system of Boston and catastrophic dam failures). 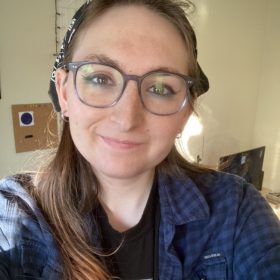