He studies European intellectual history from the medieval to the early modern period, and the principal focus of his research is the development of Renaissance political thought between the thirteenth and the sixteenth centuries. As an historian of the Renaissance, he is interested in ancient Greco-Roman philosophy, politics and literature, and has published work – on Roman political theory – in this field. But he mainly writes about the revival of the study of classical ideas and the way in which they came to inform intellectual life and political government in and around the Italian peninsula from approximately 1200 to 1600. His first book – Roman Monarchy and the Renaissance Prince (Cambridge University Press, 2007) – was about the impact of Seneca’s political philosophy upon Renaissance theories of monarchy; his second is about Machiavelli’s philosophy of the state. 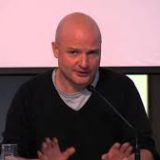