Originally from Denmark, Zakarias received his B.A. in Classical Studies from Brigham Young University (2019, cum laude) and his M.Phil. in Classics, specializing in Ancient Philosophy, from the University of Cambridge (2020, pass with distinction). His primary interest lies in the intersections between the Greek philosophical tradition and early Christian writings. By the fourth century, many Christian writers were attempting to integrate philosophical concepts into their theological and moral systems in order to showcase Christianity as an intellectual religious movement. This effort results in some fascinating treatises that must carefully balance the doctrines from scripture with non-Christian philosophy. In this vein, Zakarias has written about the use of the moral concept propatheia (inherited from the Stoic tradition) in Didymus the Blind’s Commentary on the Psalms and the consequences for Didymus’ Christology, and on Gregory of Nyssa who similarly imports philosophical terminology and concepts from Aristotle’s metaphysical treatises and Porphyry’s Isagoge in his treatise Ad Ablabium. Current and future projects include comparing Neoplatonic commentaries with patristic scriptural commentaries and the development of negative theology, from middle Platonism to the Neoplatonic and patristic theologies of the fifth and sixth centuries. Other interests include papyrology, digital humanities, Coptic (especially Nag Hammadi studies), and Syriac literature. 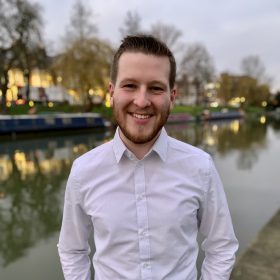