Kathryn Morgan is a Professor in the Department of Classics at UCLA.  Her interests range broadly over Greek literature of the fifth and fourth centuries BC. She regularly teaches graduate seminars in Attic tragedy, Pindar and Greek lyric, and Plato, and her research oscillates between projects connected with Plato and with Pindar. The former is represented by her book Myth and Philosophy from the Presocratics to Plato, and by her ongoing involvement in the series Studies in Ancient Greek Narrative (published by Brill), where she is responsible for the chapters covering Plato. Pindar is the subject of her most recent book, Pindar and the Construction of Syracusan Monarchy in the Fifth Century B.C. (2015), where she examines Pindar’s victory odes for Hieron of Syracuse and the program of tyrannical self-representation to which they contributed.  Ongoing research includes book projects on Plato’s conception of history and on historical narrative in the Persians of Aeschylus. She has served on the Program Committee, Board of Directors, and the Nominating Committee of the Society for Classical Studies.  In 2004 she was honored with Distinguished Teaching Awards from the American Philological Association and UCLA (Distinction in Teaching at the Graduate Level).  She was department Chair from 2014-2020. 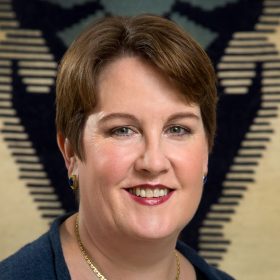